The calculated frequency for Pϕ is 29.491200 MHz; some binary trial-and-error suggests a frequency around 29.04 MHz. A driver problem is possible, but looks unlikely to me because the whole thing works flawlessly on fx-9860G II. 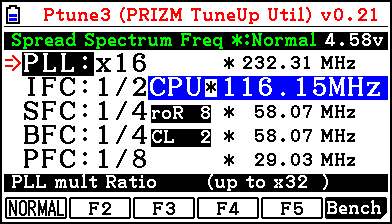